In Part 1 of this series, we explored social reality — the uniquely human superpower to “make stuff up” that becomes real, such as money and countries. This article goes a step deeper. As social reality influences how we act, it also has the capacity to affect our physical health. What we do with our collective minds ultimately translates into how long and well we live. It even influences our genetic evolution as a species. 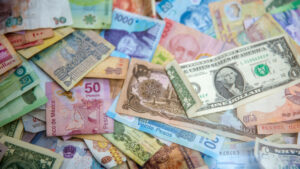 Money, historically, has been represented by all sorts of physical objects: paper, metal discs, sea shells, barley, and even huge, immovable rocks in the ocean. Nothing about these objects is physically similar. The idea that they have value (to trade for goods & services) is completely made up by our collective minds. And yet, money is so real to our species that people who have more money live longer. They can eat healthier foods, live more comfortably, and obtain better medical care. These factors all have a biological impact on lifespan, both in everyday circumstances and in extraordinary times like the current pandemic; for example, COVID-19 exposure is more lethal for people who experience social and economic disadvantage. Social reality therefore shapes our genetic evolution by influencing who is available and healthy enough to reproduce, and how likely it is for their offspring to survive and thrive. 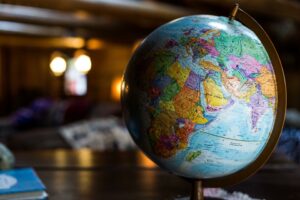 Similarly, the borders between countries, which are drawn only by our collective minds, influence which pairs of humans can meet and have children together. So do the laws and customs within those borders, which, at various times in history, have restricted who is permitted to reproduce with whom. The social reality of borders can also artificially limit the number of offspring you may have, as in China’s one-child policy, which ultimately led to millions of Chinese men who cannot marry Chinese women. A country can even declare its invisible borders “closed,” say, during a pandemic to limit the spread of a virus. That decision has life-and-death consequences for individuals inside and outside those borders.

Social reality can entwine with physical reality in particularly pernicious ways. Think about the vast range of skin tones found in humans. Skin tone evolved from a tug-of-war between two vitamins as our ancestors lived in environments with different amounts of ultraviolet (UV) light. Lighter skin tones absorb more light and produce more vitamin D, which is critical for bone health. Darker skin tones help to block damaging UV light that destroys vitamin B9, folic acid, which supports cell growth. Skin tone is physical, biological reality, and it’s on a continuum from very light to very dark. But a group of humans (who are long dead) drew lines in that continuum — lines that bestow significant advantage to people on one side and tragic disadvantage to those on the other. The lines are social reality, and they bring inequality that creeps under the skin in a very physically real way. As I wrote in How Emotions are Made: The Secret Life of the Brain:

Consider an African American child born into poverty. She is less likely to receive proper nutrition during her early years of brain development ​— ​circumstances that will, in particular, negatively impact the development of her prefrontal cortex (PFC). These neurons are particularly important for learning […]; not surprisingly, the size and performance of PFC regions is linked to many skills that are required for doing well in school. Poorer nutrition equals a thinner PFC, which is linked to poorer performance in school, and less education, like not completing high school, leads back to poverty. In this cyclic manner, society’s stereotypes about race, which are social reality, can become the physical reality of brain wiring, thereby making it seem as if the cause of poverty were simply genes all along. (pp. 288-289)

All of us uphold social reality by our everyday behaviors, and we bear some collective responsibility for that reality. What we do in the world, and what we don’t do, reinforces certain made-up boundaries and diminishes or dissolves others. The physical consequences of some of the world’s most challenging social problems — poverty, racism, and religious strife, to name a few — could, in principle, be eradicated by a massive, collective change of mind. If we have the collective will to do so.

[This article is Part 2 of 3 on the topic of social reality. (See Part 1.) In the final part, we’ll explore the idea that social reality should be constrained by physical reality… but sometimes it isn’t.]