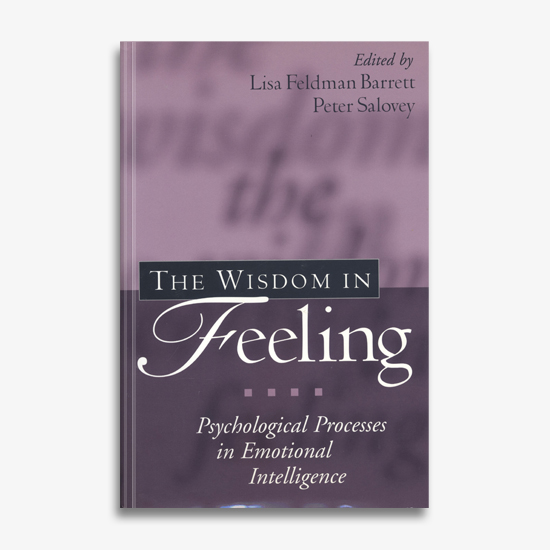 Emotional intelligence has emerged as an area of intense interest in both scientific and lay circles. Yet while much attention has been given to the measurement of an “EQ,” little has been written about the psychological underpinnings of emotional intelligence. This academic volume fills an important gap in the literature, linking the ideas embodied in the emotional intelligence concept to ongoing research and theoretical work in the field of affect science. Chapters by foremost investigators illuminate the basic processes by which people perceive and appraise emotion, use emotion to facilitate thought, understand and communicate emotion concepts, and manage their own and others’ emotions. Incorporating many levels of analysis, from neuroscience to culture, the volume develops a broader scientific basis for the idea of emotional intelligence. It also raises stimulating new questions about the role of emotion in adaptive personal and social functioning.

Praise for The Wisdom in Feeling:

“Barrett and Salovey have chosen an outstanding group of emotion researchers to contribute to this volume. The work reported here goes a long way toward allaying the editors’ stated concern that excitement about the heuristic value of the concept of emotional intelligence might overshadow careful study of the processes attributed to it. Chapters, many of which grabbed my attention immediately, include accounts of exciting basic research and suggest new directions for future work. This book is not just about emotional intelligence, but about emotion science itself.”
—Carroll E. Izard, PhD, Department of Psychology, University of Delaware

“Here, finally, is a book that puts the notion of emotional intelligence on the map of psychological science. While John Mayer and Peter Salovey, the pioneers in this area, worked assiduously to produce theory and data on the issue over the years, their work often seemed a bit overshadowed by the piles of popular bestsellers vulgarizing their ideas. In this book, Lisa Feldman Barrett and Salovey bring together a large group of expert researchers from different areas in psychology, including many eminent scholars in the psychology of emotion, to take an in-depth look at what psychological science can contribute to understanding the processes involved in perceiving, using, understanding, and managing emotions. This volume will be an invaluable source for anyone interested in this important and timely research area.”
—Klaus R. Scherer, University of Geneva

“This is a book filled with gems. It is a must read for those who wish to have the notion of emotional intelligence unpacked in a thoughtful and rigorous manner.”
—Journal of Cognitive Psychotherapy 2002-08-21